A Kid By Any Other Name 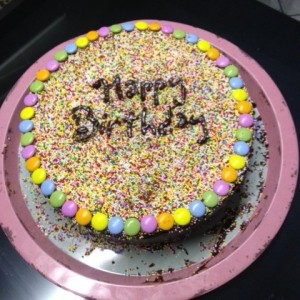 It’s Offspring the First’s birthday. Our not-so-little man is eight years old. Not that he cares much; all he knows is that he got a big fat chocolate cake. He was quite happy to share said cake with his friends, which bodes well, given our current marathon in chasing the stork. Perhaps he won’t mind having a little … yeah, I can’t even finish that sentence without laughing out loud.

I cannot take credit for making the cake. You see my incapability of popping a bun in the oven  extends to all areas of my life. I once attempted to bake a Light Fluffy Sponge Cake; by the time it was finished it wasn’t light, it wasn’t fluffy and I’m not quite sure it was cake. The award for this psychedelic looking creation goes to my dear darling niece, who is also hoping for a little bun in her own oven soon, so wishing her all the luck.

When I first started writing this blog I referred to Offspring the First as Child No. 1, but I decided that that moniker belongs in the Land of No Imagination, which is currently overcrowded due to the explosion of the book that shall not be named.

National Flag for Land of No Imagination

I’ve already mentioned my extreme laziness. I’m sure I could win an award in any extreme laziness competition. The idea never really took off because nobody could be bothered to participate. But, I digress, my can’t-be-aresedness means that I have been trying to create a shortened version of Offspring the First, but so far I have vetoed all my own suggestions.

a)      It sounds like a science experiment and given the sheer number of medical tests and exams he has had in his little life, saddling him with a scientific sounding nickname is just asking for trouble.

b)      Sounds like R2D2’s little brother. He is non-verbal so his communications consist mostly of incoherent babbling, couple that to his being permanently attached to his favourite toy, a Vtech Laptop, with those annoying blips and bleeps and we are just a hop, skip and a leap away from calling him our little robot.

I am your brother 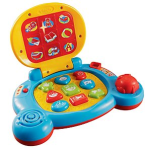 Beep Boop “I am your fifth limb” Beep Boop

OS1 – REJECTED because it makes him sound like an iPhone operating system and for some reason I can hear the words “an app short of an android” in my ears. 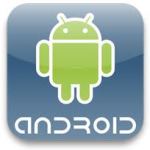 Ov.1 – REJECTED because it makes him sound like the Beta version* before we fixed all the bugs. Oooh listen to me being all technical. No, I haven’t swallowed Computers for Dummies, I learned the whole Beta thing off The Big Bang Theory.  See, who said that TV was dumb? I’m getting all edjukated and wotnot.

So, I’ll just stick to Offspring the First and employ that handy copy/paste feature. After all if E L James can do it….

Thank goodness I’ll have nine months notice to pick a name when the time comes. Looks like I’ll need it!

*I wasn’t sure whether he would be classified as the Alpha or the Beta version, but he has been tested by so many people who were not actively involved in his development which definitely qualifies him as the Beta. But, as far as I’m concerned, like Penny, I should get credit just for knowing “Beta version.”

Observations from the trenches....

Rants from the Crib

One of Those Women

I'm not one of those women. Well, except for when I am.

Excitement on the side

Who doesn't love a confident woman with long boobs?

The ramblings, complaints and silly jottings of a 40 something gay man who should know better!

all about the three ring circus that is my life

out of my tiny mind

Your antidote for the neon crapfest we live in

Sips of Jen and Tonic

Writing that's straight up with a twist

Short bursts of curmudgeonry on any topic.

Life, Jobs and the American Way.

My life in the blah state..

under the skies of arkansas

photography of a land blessed by god and nature

clawing at the keys

tales of a charm city chick
The Waiting

Turns out, it's not the hardest part.

"trashing today for a better tomorrow"

We can rebuild him. We have the technology... Drier. Hilariouser. More satirical than before.

i'll be out in a minute

Stories, poems, photos and bumbles for the soul

Ban·ter : "To speak to or address in a witty and teasing manner."

Not a Red Head

A Canvas Of The Minds

A unique collaboration of different perspectives on mental health and life

It All Comes Out In The Wash

Life in The Suburbs--The good, the bad and the ugly

Seeing twice as much absolutely counts as a super power.

It's all about the backstory

or 'Being Mental And Loving It'. By Dotty Headbanger ©™®

A Regular Reminder That It's Great To Be A Lady

thebigblogcollection.wordpress.com/
Who you callin' INFERTILE?!

Being infertile and all its sucktasticness

I Think This is Chapter 4 of My Story

speaks to the masses of people not reading this blog